3 years of innovation in Horst

The company Light4Food exists 3 years. What started as an experiment, has grown to a thriving company nowadays. This milestone was shortly celebrated in the new company building of Light4Food in Horst, The Netherlands. The necessity of a bigger company building is a result of the increasing demand for Light4Food’s products and services. Because Climeco Engineering and the Air & Energy business unit of Ammerlaan Construction are accommodated in the building, all air handling and climate control expertise is in the building.

Peter Christiaens started more than 10 years ago with an experiment in a shipping container. He bought LED lights at Philips and experimented a lot. Several vegetables were cultivated and the experiment looked promising. During the years, more persons became involved and interested in the experiment until it resulted in a solid business case.

In the year of 2014, Light4Food was officially founded after the first order was given by Fossa Eugenia cultivator Van Dijck Groenteproducties. Thereafter, Bayer CropScience gave an order and some unique projects were set up, like the first LED trial at cucumber cultivator Hortus Regius. 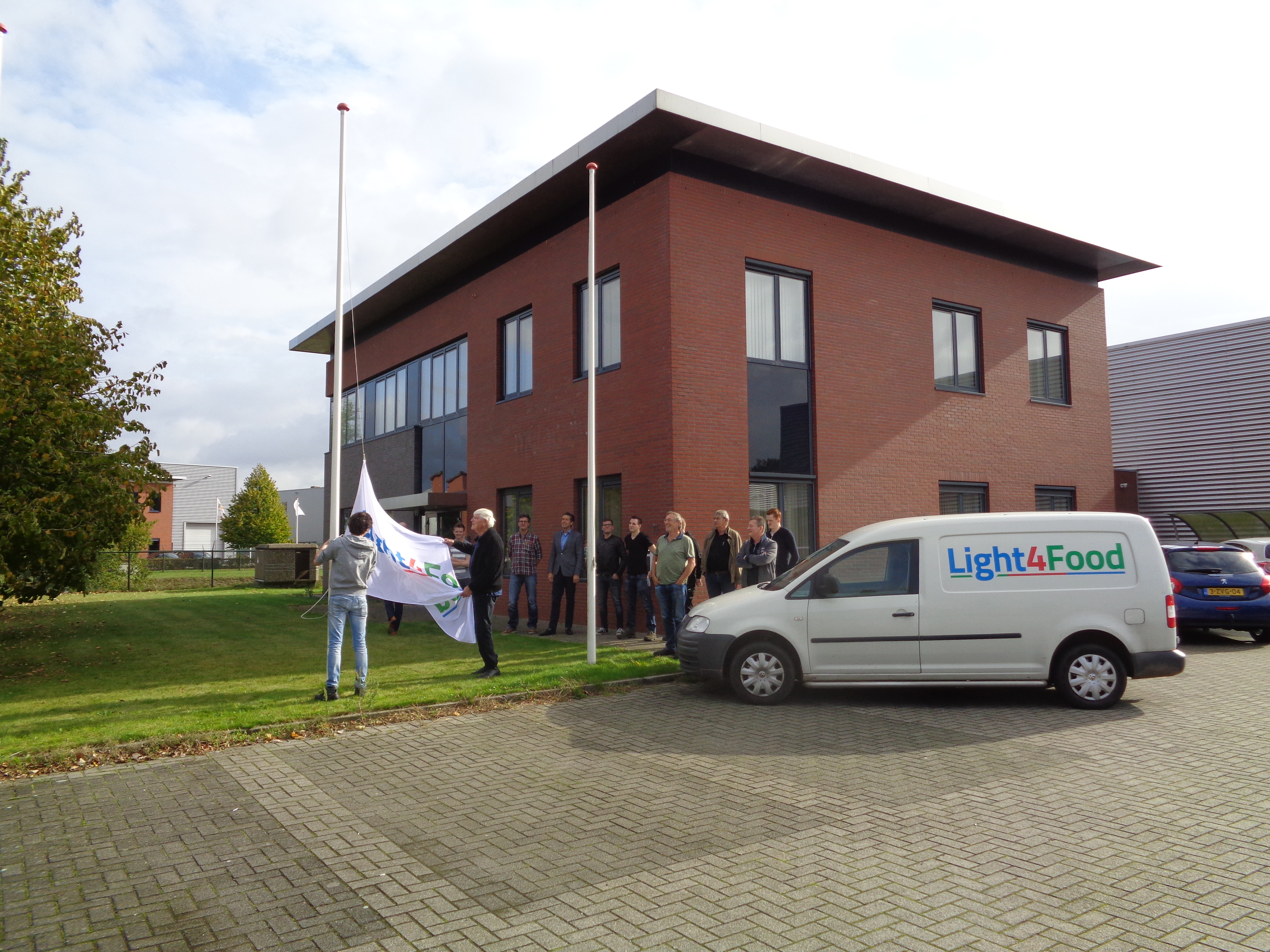 In the meantime, Light4Food has built up a client list which exists of progressive market leading breeders and large scale horticultural production. Thus, the technology and knowledge of Light4Food is present through the whole chain, from seed to end product.

This is exactly the power of Light4Food. The value for customers is created within the combination of technical engineering and plant science which enables Light4Food to optimally support the client. On the one hand, the technology of indoor growing is perfected and on the other hand, plant research is conducted in cultivation methods of indoor growing. To optimize these facets, Light4Food has research facilities of its own and together with clients developed research facilities. Knowledge is gained in the technical controlling and agronomic discovering of the right settings for the light spectrum, the humidity and the climate.